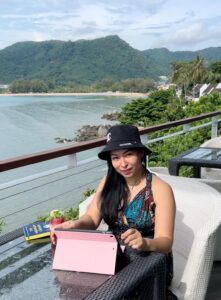 Issa Marq 37 years old, grew up with her mother, and siblings in the Philippines, a third-world country. Her father passed away at ten years old, in an altercation where someone had held him up and took his life while working to provide for his family.

This would change her life forever, and further her decision, “That this was not the life I wanted” (Issa Marq). At 24, before she could travel, hustle had to come first the desire for a better life for herself and her family, fueled the fire.

keeping in mind not every single one was going to accept her, but when you finally get that one shot and finally make it, is the key point here. Be that go-getter, get the job done, don’t be afraid to fail, and don’t be afraid to win.

Barely having the necessity, a laptop she was borrowing from her sister, who had been adopted at 5 years old, gave break finally in about two years the money for her travel had been saved up, ready to show the money.

In the Philippines, they have a system called (show money). This is an amount that needs to be approved on your account, for a debit to travel. Now you could have an abundance of funds and still get denied your travel. When she got accepted “This was a milestone for us” (Issa) the day all her hard work was finally paying off, a trip to Spain.

These are the Ups in the nomadic living the days you can look back at your achievements and success, the thrill of the hunt so to speak. Not all Issa’s adventures have turned out pleasant, one southeast Asia visit, started in being held by security, and wouldn’t be released until she started making demands.

Being in a situation in a far-off country, where you don’t understand the laws or ways of life can be hard and stressful.

After a few years started her agency, then into a business where she can sacrifice and grow with a team. A woman who loves telling her story of succession, a woman dedicated to the grind, and who loves for her family. Someone like me, and anyone else can look up to. 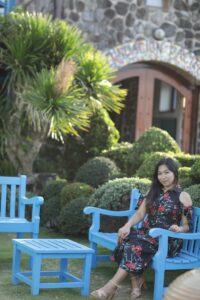 This brand is managed by:   Scorpion Agency LLC