Austin, Texas – Lax Public Camping Laws, Not So Lax After All

Remember the news release about Austin, Texas making their public camping laws more lax? Well, if you are thinking about heading that way with your van or RV, you may want to think again.

According to KXAN News – Austin

“AUSTIN (KXAN) — Changes to the way the City of Austin and its police department will handle homeless people go into effect Monday after the city passed an ordinance largely decriminalizing the act of sitting, laying or camping in public places.

Proponents of the rule change have argued that this will help homeless people break the cycle of homelessness. A city audit report in November of 2017 found that Austin’s policies limiting camping, sitting, or lying in public spaces may make it more difficult for people to leave homelessness because of a criminal record or arrest warrants. The report also suggested that Austin’s current ordinances pose legal risks because of lawsuits faced by other cities with similar policies.”- Source 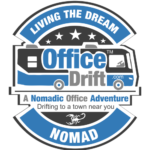 I just read a news statement regarding the new Austin, Texas lax public camping laws that paints a slightly different picture. Where the original reports made it sound as if anyone can camp on the sidewalks within the municipality of Austin. An enchanting thought to some van lifers and other urban campers that turned on the key and started heading to Austin, Tx to see for them selves how lax these new laws were.

According to CBS News – Austin

A notice posted 72 hours before the sweep was posted in the surrounding area letting people who may be without a home know they needed to gather their belongings.

Bags were issued to anyone who wanted to keep their things from being taken away. The crew does not touch the items inside the bags, however anything else left behind gets thrown out.” – Source

The kicker here is that the official .gov (Government) website shows the ordnance as follows:

If you were thinking about heading to Austin, Texas for some free public/Urban camping, you may want to research the new laws a bit closer, just in case.

Be safe out their nomads.

May your adventures be mesmerizing

This brand is managed by:   ScorpionAgency™